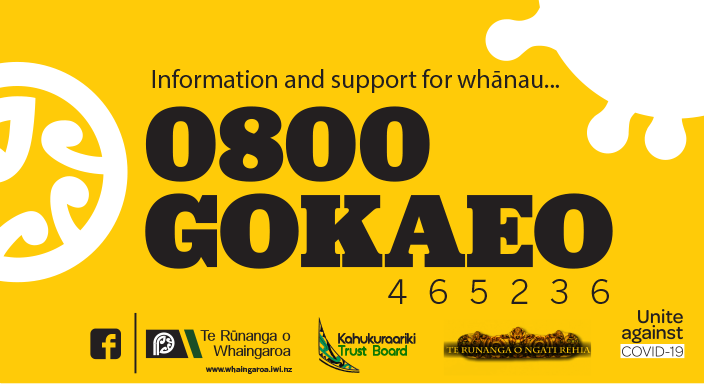 Auckland will move to Alert Level 2 with no extra restrictions at 11:59pm on Wednesday 23 September. This means people in Auckland will be able to attend social gatherings, funerals and tangihanga in groups of up to 100 people.

You legally must wear a face covering when travelling into, from or through Auckland on public transport or aircraft.

You legally must wear a face covering when travelling into, from or through Auckland on public transport or aircraft.

No new cases of COVID-19

There are no new cases of COVID-19 to report in New Zealand today.

An update on the case we reported over the weekend – the man who is a recent returnee from India who completed his stay in managed isolation and has subsequently tested positive for COVID-19.

This case and his family members should be commended for the steps they have taken after the man became unwell following his departure from managed isolation.

After completing the 14 days in managed isolation, and returning two negative tests, this man remained alert to his health. He immediately self-isolated, sought advice and got a test and the whole family self-isolated when he became unwell. This is exactly the sort of vigilance that will help us keep ahead of this virus, and we thank this man and his family for their quick thinking that, all indications are, has prevented the virus from spreading further in this instance.

Everyone who has been through a managed isolation facility on their return to New Zealand should remain conscious of their health, as indeed should all New Zealanders. If you have any symptoms of COVID-19, seek advice from your GP or Healthline on getting a test.

Because of the quick action of this family, we have been able to rapidly identify, isolate, and test their close contacts. The two new cases announced yesterday were family members of the first case announced, and they had been in isolation since the first case developed symptoms.

Three neighbours who have been identified as close contacts have all returned negative tests and remain in self-isolation.

The passengers from the charter flight from Christchurch to Auckland are being contacted and assessed.

The people from the first nine rows who sat near the case have been asked to self-isolate and have been tested.

In terms of how the man became infected – that is still under investigation and we are keeping an open mind.

He could have been infected in India before departing and had a very long and unusual period of incubating the virus – that is rare but it can happen.

Other possible scenarios are that he could have been infected in the managed isolation facility in Christchurch, and a review of CCTV footage from the facility is already underway.

Or he could have been infected on the charter flight with the other people who had left MIQ and were returning to Auckland.

We aren’t ruling out any possibilities and are working to get to the bottom of this case.

We have had more than 50,000 people return safely to New Zealand since our managed isolation system began.

Modelling shows us that the scenario that presents the lowest risk of anyone getting through managed isolation and having an infection is a 14 day stay, plus testing at day 3 and day 12, along with very strong infection prevention and control procedures. That is the system we have.

There are 40 people isolating in the Auckland quarantine facility from the community, which includes 17 people who have tested positive for COVID-19 and their household contacts.

Three people are in hospital with COVID-19 – one each at Auckland City, Middlemore and North Shore hospitals. All three patients are in isolation on a general ward.

Since August 12, our contact tracing team has identified 3,989 close contacts of cases, of which 3,978 have been contacted and are self-isolating, and we are in the process of contacting the rest.

There are nine previously reported cases that are now considered to have recovered from COVID-19.

Our total number of active cases is 62 – of those, 29 are imported cases in MIQ facilities, and 33 are community cases.

Our total number of confirmed cases of COVID-19 remains at 1,464, which is the number we report to the World Health Organization.

Yesterday our laboratories processed 3,568, bringing the total number of tests completed to date to 914,421.

Te Rūnanga O Whaingaroa (TROW) was established in 1991, to protect resources and deliver services for the whānau of Whaingaroa.

We focus on the delivery of Whānau Ora holistic services to all resident families/whanau and individuals seeking assistance in our geographic area.

Te Rūnanga O Whaingaroa is also the 100% shareholder of our Asset Holding Company Whaingaroa Fisheries Company Limited and supports distributions to registered beneficiaries through Marae as well as through educational scholarships and sports/cultural grants to individuals and teams.

PRINCIPLES Underpinning our vision are:

Whaingaroatanga: Defining and building on our uniqueness

Whakawhānaungatanga: Understanding the value of relationships and the need to maintain and strengthen them based on mutual respect

Kaupapatanga: Being driven from values within rather than reactive to external influences

Sustainability: Ensuring that all we engage in contributing to sustainable processes and outcomes