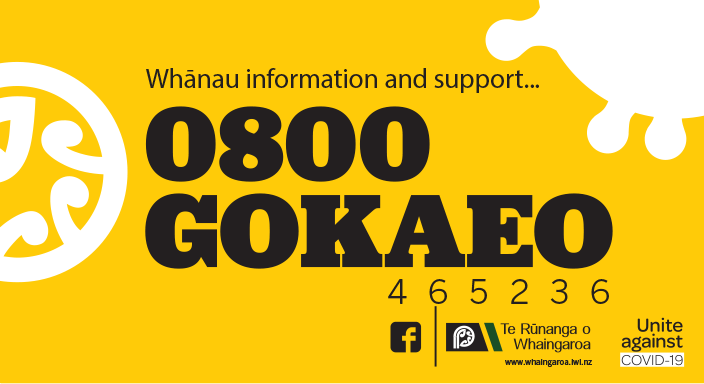 All of New Zealand, outside of Auckland, will move to alert level 2 at 11:59pm on Tuesday.

Prime Minister Jacinda Ardern and Director-General of Health Dr Ashley Bloomfield made the announcement while also introducing new ‘Delta 2’ rules to help prevent the spread of Delta if it gets into the community.

There will be additional distancing requirements and a cap on the number of people in establishments.

Also on Monday, 20 new cases of COVID-19 were reported for the third consecutive day, bringing the outbreak to 821.

Of the 20 cases, all of whom are in Auckland, five were infectious while in the community. Fifteen have already been epidemiologically linked.

Forty people are currently hospitalised with the virus across Auckland, with six in the ICU. The majority of the patients – 18 – are receiving treatment at Middlemore Hospital, a facility that came under-fire on Monday morning after it was revealed that a symptomatic patient, who later tested positive for COVID-19, had not been isolated while awaiting his test results.

The positive case was confirmed by Deputy Prime Minister Grant Robertson earlier on Monday, who told Breakfast that the man, who was hospitalised for an unrelated issue, had shared a room with three others at the Edmund Hillary Block surgical ward – including a 91-year-old patient. Staff who may have been exposed to the virus are being contacted and tested, he said, however all were wearing personal protective equipment (PPE).

ACT leader and Epsom MP David Seymour says the 91-year-old, who he has been in contact with, is “extremely aggrieved” by the “carelessness” of staff, who failed to isolate the patient while awaiting his test results. The elderly man, who is fully vaccinated, was put in danger by the poor processes, Seymour told Newshub.

What you need to know:

4:50pm – Ardern says she can’t predict how long most of the country will spend at level 2.

She says every decision is made based on data in front of them and it will come down to health advice.

Dr Bloomfield says a big focus this week is on Auckland to get confidence around control there.

She says that it’s important for everyone to get vaccinated, so locally, health providers will use tools to help them get the vaccine.

In terms of the next steps for New Zealand’s alert levels, Ardern says they will soon begin looking at what level 1 will look like.

4:42pm – On Northlanders who are transiting through Auckland, Ardern says they will need evidence of where they are going and why.

These people are also asked to “keep moving through”.

On cancer patients whose surgeries have been cancelled, Dr Bloomfield says this would have happened with full clinical oversight. Additionally, any surgery that goes ahead would be done if it was deemed to have been able to be done safely.

4:36pm – Ardern says she acknowledges the cap on venues and distancing requirements will be tough, but they will keep up the support they can access.

She adds that they will try to get back to normality as soon as possible and it isn’t the plan to stay in level 2 for a long time.

He says the person should have been isolated and the hospital is going back to review why they weren’t.

Ardern wonders if there should be a widening of symptom checks given this case.

Dr Bloomfield says he understands there will be concerns and the hospital is looking into it.

4:31pm – Dr Bloomfield says everything the Ministry of Health advised to Cabinet around Delta level 2 was adopted.

Ardern says the only minor difference was around who could travel over a level 4 boundary.

“What we’re also doing is learning in real time,” Ardern says. She adds they are looking at other countries and are listening to experts.

4:29pm – Masks are recommended but not a requirement at schools, Dr Bloomfield says.

Ardern says schools are different to hospitality venues because schools have consistency of attendance.

Only people who really need to cross the border will be able to do so and they mustn’t have symptoms.

Ardern says you should only move if you are eligible to work at level 4, so that’s reduced down the number of reasons people from Auckland can move.

4:24pm – Moving to level 2 is progress but it comes with a warning, Ardern says.

She warns that the job is not done. While the country is in sight of elimination, we can’t drop the ball yet.

In terms of whether these new restrictions will carry into level 1, she says they will take a look at that time.

There will be two changes at level 2. There will be a limit of 50 people for indoor gatherings, such as hospitality or event venues; outdoor venues can have up to 100 people, keeping in mind rules around being seated and separated. The second change is indoor public facilities like gyms and libraries must have a two-metre space rule.

4:18pm – Ardern says New Zealand is not out of the woods yet.

There will be changes at level 2 given the Delta variant. A face covering will be mandatory at public locations, but it can be taken off at hospitality venues. Staff must wear masks though.

Delta is twice as transmissible, so wearing mask is important, Ardern says.

She also reinforces scanning in or record rules: You must scan at bars, restaurants, cinemas, concerts, churches, and hairdressers.

Traditional contact tracing can’t keep up with Delta, Ardern says, so scanning is the best way to trace outbreak.

Ardern says these changes mean there will be a level 4 and level 2 boundary. She says this will work, but there will be challenges for Northland and these issues are being worked through.

Northlanders will be allowed to move through Auckland, but it will have to be direct.

Schools can reopen from Thursday morning.

Some are unlinked or mystery cases, and these matter, she says. This is because they want to know if there are cases going undetected in the community.

He says employers will be worked with to ensure workers don’t go to work if they are sick. There will also be more regular surveillance testing in hospitals where COVID patients are staying, and also MIQ facility staff testing will be increased.

This means there will be twice-a-week testing for at least the next two weeks.

Weekly testing of workers crossing boundaries is being worked on too, Bloomfield says.

They have started engaging with employers. He says these people won’t have to stay at home while they wait for a result, unless they have symptoms.

There will be spot checks for proof of test.

Testing will be available as a nasal swab, but they are working with a provider to enable saliva testing to be rolled out in the coming weeks.

Dr Bloomfield is talking about today’s COVID-19 numbers, which were announced at 1pm.

He thanks COVID cases for moving into quarantine facilities, saying “it’s a sacrifice and a commitment”.

3:58pm – Ardern and Dr Bloomfield are about two minutes away from making their update.

You can watch that live here or follow along on this page.

3:40pm – We’re about 20 minutes away from Ardern and Dr Bloomfield making an announcement on alert levels in New Zealand.

You will be able to watch this on Newshub’s website or on Three. This page will also be updated live.

While Auckland is expected to remain in level 4 until next week – these settings are set to be reviewed next week – the alert levels for the rest of the country could be eased.

3:10pm – A drive-through vaccination centre will open north of Albany on Auckland’s North Shore on September 8.

It will operate from 8:30am to 4pm Wednesday to Sunday each week until the end of alert level 3, whenever that may be in the city.

It will initially provide up to 400 vaccinations per day, with the potential to increase to 1600 per day over the coming weeks, the Northern Region Health Coordination Centre (NRHCC) says.

It will be by appointment only and invitations will be sent to those living nearby who are yet to receive their first dose.

“We are very pleased to be able to offer a new drive-through vaccination option to people living in the north of the metro Auckland region,” says Dale Bramley, CEO at Waitematā DHB.

“The new drive-through will help us to vaccinate more people closer to home, and provides a great new option for people wanting to get vaccinated safely along with their bubble.”

Matt Hannant, who is programme director at NRHCC, says they’ve found that people like being able to drive up, stay in their own cars and bring people from their bubble with them to be vaccinated at the same time.

“We are initially inviting people living nearby who are yet to get their first dose, as one dose still offers you a high level of protection and can help to prevent you getting very sick if you do get COVID-19,” he says.

“We’ll then open up to the broader public, who will be able to make their bookings online, and we will share further information on this shortly.”

Te Rūnanga O Whaingaroa (TROW) was established in 1991, to protect resources and deliver services for the whānau of Whaingaroa.

We focus on the delivery of Whānau Ora holistic services to all resident families/whanau and individuals seeking assistance in our geographic area.

Te Rūnanga O Whaingaroa is also the 100% shareholder of our Asset Holding Company Whaingaroa Fisheries Company Limited and supports distributions to registered beneficiaries through Marae as well as through educational scholarships and sports/cultural grants to individuals and teams.

PRINCIPLES Underpinning our vision are:

Whaingaroatanga: Defining and building on our uniqueness

Whakawhānaungatanga: Understanding the value of relationships and the need to maintain and strengthen them based on mutual respect

Kaupapatanga: Being driven from values within rather than reactive to external influences

Sustainability: Ensuring that all we engage in contributing to sustainable processes and outcomes